Yehuda Gindi is a partner at M. Firon & Co.

He joined the firm as a Pre-Intern in 2008, subsequently becoming an Intern and then Associate before becoming a Partner in 2018.

Yehuda Gindi is a partner at M. Firon & Co. He joined the firm as a Pre-Intern in 2008, subsequently becoming an Intern and then Associate before becoming a Partner in 2018.

Yehuda has gained considerable experience in public offerings including IPOs on the Tel Aviv Stock Exchange, raising capital, issuing rights and raising debt. He supports fferings worth billions of dollars and has major expertise in mergers and acquisitions and financing for companies. Yehuda also supports leading public companies on the TASE indices in various corporate issues and in corporate governance and has a thorough understanding in these fields.

In recent years, Yehuda has supported his clients in the following deals:

Representing a large international company in purchasing shares from a banking corporation of a company active in debit card clearing and issuing two-way communications services sector worth tens of millions of shekels, while at the same time offering for sale to the public the company’s shares as part of a prospectus for listing for trade on the Tel Aviv Stock Exchange.

Representing a large building contractor operating both in the field of residential development and income producing property, structured as a group of public companies, in its IPO on the TASE at a company valuation of hundreds of millions of shekels, as well as raising debt by the same company on the TASE.

Yehuda’s clients include building contractors for large-scale projects in the residential, infrastructures, and commercial sectors as well as residential real estate developers and income producing property companies in the commercial and industrial sectors, including companies operating abroad with their securities traded in Israel. In addition, Yehuda has clients operating in different and diverse areas of activity who are interested in finding financing solutions from both the banking system and outside of it. Yehuda’s expertise includes consultancy to corporations of various kinds including partnerships, public benefit companies, and government companies and legal opinions on various issues in the field of corporate governance and securities law, under Israeli law. Yehuda also provides support to private developers in various aspects of securities and corporate law.

Our Capital Markets department was ranked in Chambers 2022 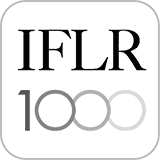 Our capital market department was awarded, again, top tier ranking by Dun’s 100 for 2021

Our capital market department was awarded, again, top tier ranking by BdiCode for 2020

Our capital market department was awarded, again, top tier ranking by Dun’s 100 for 2020

THE PRESTIGIOUS GUIDE THE LEGAL 500 HAS, AGAIN, IN ITS 2020 EDITION, HIGHLY RECOMMENDED OUR CAPITAL MARKETS DEPARTMENT

The prestigious guide Chambers and Partners has, again, in its 2020 edition, recommended our capital markets department

CONGRATULATIONS TO IDOMOO ON COMPLETING ITS IPO ON TASE

Representing Mega Or in the acquisition of IDB

We congratulate Israel Shipyards on its successful IPO